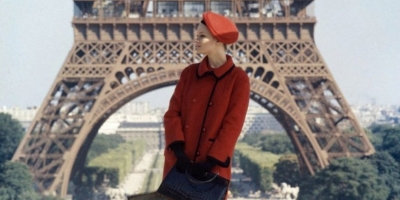 Russia extended full suffrage to women in 1917, three years before the United States did. The Bolsheviks also liberalized divorce laws, guaranteed reproductive rights and attempted to socialize domestic labor by investing in public laundries and people’s canteens. Women were mobilized into the labor force and became financially untethered from men.

In Central Asia in the 1920s, Russian women crusaded for the liberation of Muslim women. This top-down campaign met a violent backlash from local patriarchs not keen to see their sisters, wives and daughters freed from the shackles of tradition.

In the 1930s, Joseph Stalin reversed much of the Soviet Union’s early progress in women’s rights — outlawing abortion and promoting the nuclear family. However, the acute male labor shortages that followed World War II spurred other Communist governments to push forward with various programs for women’s emancipation, including state-sponsored research on the mysteries of female sexuality. Most Eastern European women could not travel to the West or read a free press, but scientific socialism did come with some benefits.

“As early as 1952, Czechoslovak sexologists started doing research on the female orgasm, and in 1961 they held a conference solely devoted to the topic,” Katerina Liskova, a professor at Masaryk University in the Czech Republic, told me. “They focused on the importance of the equality between men and women as a core component of female pleasure. Some even argued that men need to share housework and child rearing, otherwise there would be no good sex.”

Agnieszka Koscianska, an associate professor of anthropology at the University of Warsaw, told me that pre-1989 Polish sexologists “didn’t limit sex to bodily experiences and stressed the importance of social and cultural contexts for sexual pleasure.” It was state socialism’s answer to work-life balance: “Even the best stimulation, they argued, will not help to achieve pleasure if a woman is stressed or overworked, worried about her future and financial stability.”

In all the Warsaw Pact countries, the imposition of one-party rule precipitated a sweeping overhaul of laws regarding the family. Communists invested major resources in the education and training of women and in guaranteeing their employment. State-run women’s committees sought to re-educate boys to accept girls as full comrades, and they attempted to convince their compatriots that male chauvinism was a remnant of the pre-socialist past.

Although gender wage disparities and labor segregation persisted, and although the Communists never fully reformed domestic patriarchy, Communist women enjoyed a degree of self-sufficiency that few Western women could have imagined. Eastern bloc women did not need to marry, or have sex, for money. The socialist state met their basic needs and countries such as Bulgaria, Poland, Hungary, Czechoslovakia and East Germany committed extra resources to support single mothers, divorcées and widows. With the noted exceptions of Romania, Albania and Stalin’s Soviet Union, most Eastern European countries guaranteed access to sex education and abortion. This reduced the social costs of accidental pregnancy and lowered the opportunity costs of becoming a mother.

Some liberal feminists in the West grudgingly acknowledged those accomplishments but were critical of the achievements of state socialism because they did not emerge from independent women’s movements, but represented a type of emancipation from above. Many academic feminists today celebrate choice but also embrace a cultural relativism dictated by the imperatives of intersectionality. Any top-down political program that seeks to impose a universalist set of values like equal rights for women is seriously out of fashion.
The result, unfortunately, has been that many of the advances of women’s liberation in the former Warsaw Pact countries have been lost or reversed. Ms. Durcheva’s adult daughter and the younger Ms. Gruber now struggle to resolve the work-life problems that Communist governments had once solved for their mothers.

“The Republic gave me my freedom,” Ms. Durcheva once told me, referring to the People’s Republic of Bulgaria. “Democracy took some of that freedom away.”

As for Ms. Gruber, she has no illusions about the brutalities of East German Communism; she just wishes “things weren’t so much harder now.”

Because they championed sexual equality — at work, at home and in the bedroom — and were willing to enforce it, Communist women who occupied positions in the state apparatus could be called cultural imperialists. But the liberation they imposed radically transformed millions of lives across the globe, including those of many women who still walk among us as the mothers and grandmothers of adults in the now democratic member states of the European Union. Those comrades’ insistence on government intervention may seem heavy-handed to our postmodern sensibilities, but sometimes necessary social change — which soon comes to be seen as the natural order of things — needs an emancipation proclamation from above.

Correction: August 20, 2017
An opinion essay last week about Eastern European women’s lives under Communism misattributed responsibility for enacting women’s suffrage in Russia in 1917. It was achieved under the provisional government in July, not by the Bolsheviks, who did not seize power until November.

Kristen R. Ghodsee, a professor of Russian and East European studies at the University of Pennsylvania, is the author of numerous books on European Communism and its aftermath, including, most recently, “Red Hangover: Legacies of 20th-Century Communism.”

This is an essay in the series Red Century, about the history and legacy of Communism 100 years after the Russian Revolution.

Most Popular on NYTimes.com