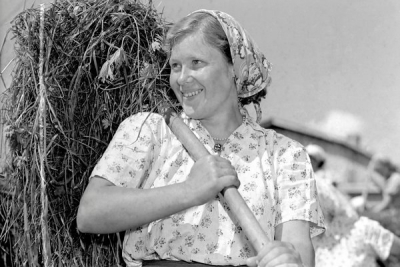 When Americans think of Communism in Eastern Europe, they imagine travel restrictions, bleak landscapes of gray concrete, miserable men and women languishing in long lines to shop in empty markets and security services snooping on the private lives of citizens. While much of this was true, our collective stereotype of Communist life does not tell the whole story.

Some might remember that Eastern bloc women enjoyed many rights and privileges unknown in liberal democracies at the time, including major state investments in their education and training, their full incorporation into the labor force, generous maternity leave allowances and guaranteed free child care. But there’s one advantage that has received little attention: Women under Communism enjoyed more sexual pleasure.

A comparative sociological study of East and West Germans conducted after reunification in 1990 found that Eastern women had twice as many orgasms as Western women. Researchers marveled at this disparity in reported sexual satisfaction, especially since East German women suffered from the notorious double burden of formal employment and housework. In contrast, postwar West German women had stayed home and enjoyed all the labor-saving devices produced by the roaring capitalist economy. But they had less sex, and less satisfying sex, than women who had to line up for toilet paper.

How to account for this facet of life behind the Iron Curtain?

Consider Ana Durcheva from Bulgaria, who was 65 when I first met her in 2011. Having lived her first 43 years under Communism, she often complained that the new free market hindered Bulgarians’ ability to develop healthy amorous relationships.

“Sure, some things were bad during that time, but my life was full of romance,” she said. “After my divorce, I had my job and my salary, and I didn’t need a man to support me. I could do as I pleased.”

Ms. Durcheva was a single mother for many years, but she insisted that her life before 1989 was more gratifying than the stressful existence of her daughter, who was born in the late 1970s.

“All she does is work and work,” Ms. Durcheva told me in 2013, “and when she comes home at night she is too tired to be with her husband. But it doesn’t matter, because he is tired, too. They sit together in front of the television like zombies. When I was her age, we had much more fun.”

Last year in Jena, a university town in the former East Germany, I spoke with a recently married 30-something named Daniela Gruber. Her own mother — born and raised under the Communist system — was putting pressure on Ms. Gruber to have a baby.

“She doesn’t understand how much harder it is now — it was so easy for women before the Wall fell,” she told me, referring to the dismantling of the Berlin Wall in 1989. “They had kindergartens and crèches, and they could take maternity leave and have their jobs held for them. I work contract to contract, and don’t have time to get pregnant.”

This generational divide between daughters and mothers who reached adulthood on either side of 1989 supports the idea that women had more fulfilling lives during the Communist era. And they owed this quality of life, in part, to the fact that these regimes saw women’s emancipation as central to advanced “scientific socialist” societies, as they saw themselves.

Although East European Communist states needed women’s labor to realize their programs for rapid industrialization after World War II, the ideological foundation for women’s equality with men was laid by August Bebel and Friedrich Engels in the 19th century. After the Bolshevik takeover, Vladimir Lenin and Aleksandra Kollontai enabled a sexual revolution in the early years of the Soviet Union, with Kollontai arguing that love should be freed from economic considerations.