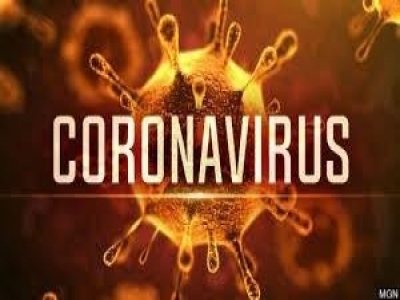 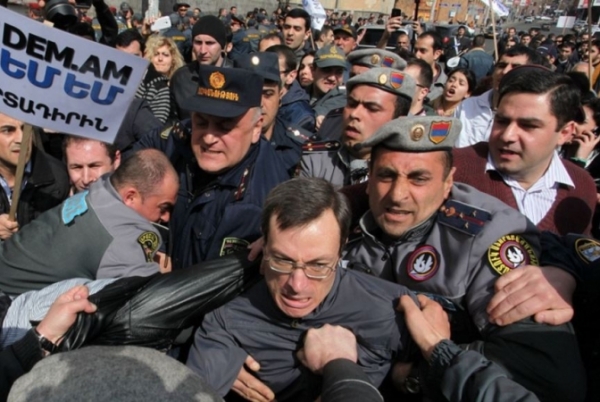 Neoliberalism – A Not So New Idea

For years, farmers, villagers, and environmental activists have been protesting the pollution of rivers, topsoil, and aquifers by mining operations in Lori, Syunik, and other regions.  Readers of Hetq are aware that the protests have been building.  Mining is one of several flashpoints of environmental activism in Armenia, and the environment is one of several flashpoints in the escalating struggle against the consequences of capitalist rule in Armenia.  (For a nice run-down of developments and a list of further sources, see:  Dr. Armine Ishkanian, “Civil Society, Development, and Environmental Activism in Armenia,” 2013, http://eprints.lse.ac.uk.)

Ever since 1999, when a previous administration in Yerevan began privatizing the mining sector, the industry has been characterized by low taxation, lax regulation, few restrictions on capital transfer, and the “externalization” of environmental and social costs of production.  These are all familiar themes associated with the word neoliberalism.  Let us take a closer look at that prominent word.

Twenty-five years ago, orators in Yerevan’s Opera Square loudly proclaimed the failure of socialism—or as they put it, “communism”--as a social experiment.  Folk singers, philologists, self-described human rights activists, and other recipients of free higher education under “communism” grabbed up the bullhorns.  They declared that everyone was tired, sick to the stomach really, of being treated like laboratory animals in a grand historical experiment.  They demanded that Armenia join the community of “normal civilized countries”--countries with Free Market economies, individual freedom, and consumer goods galore, thanks to an economic system that acknowledges that humans are competitive and greedy by nature.

Soon enough, demonstrators in Opera Square were waving placards emblazoned with Ronald Reagan’s inspiring image.  Armenia would follow Reagan’s path, which one of the orators described as “the path leading to happiness.”  New Thinking was in the air, and a large part of that New Thinking included what people today call neoliberalism.

Meanwhile, the same American agencies that were promoting New Thinking in cities like Yerevan were promoting Wahhabi Islam in cities like Peshawar.  Readers might have seen the YouTube clip of long-time U.S. National Security Advisor Zbigniew Brzezinski in Pakistan in 1979, index finger pointing to heaven, exhorting Afghan Jihadists to victory “because your cause is right and God is on your side” (www.youtube.com/watch?v=hrBuBAaXpSM).  This was a slightly different message for a slightly different audience than the one in Yerevan, but it served the same purpose, namely, winning hearts and minds for imperialism.

Neoliberalism.  Like so many other buzzwords reverberating around the conference halls and websites of the big NGO’s, this one, too, has been attached to various and sometimes-inconsistent meanings.  At the turn of the twentieth century, for example, self-described neoliberals endorsed a “strong and impartial state” to facilitate the market, and during the 1930’s some self-described neoliberals supported what they believed was a sort of middle way between classical liberalism and socialist planning.  By contrast, neoliberals these days typically insist on minimal state spending (on everything except corporate welfare and the military) and “small government.”

According to The Handbook of Neoliberalism (2016), quoted in the Wikipedia entry, the word refers to “the new political, economic and social arrangements within society that emphasize market relations, re-tasking the role of the state, and individual responsibility.”  It is “the extension of competitive markets into all areas of life, including the economy, politics, and society.”  We have been told that the private sphere is primeval, that citizens are consumers, that democracy is the aggregation of pre-given individual preferences, that public policy consists of compromises among these private interests, and that the common good is an illusion.

But what are we to make of the claim that neoliberalism describes new political, economic, and social arrangements?  Sorting through the various meanings attached to the word, one will encounter such ideas as privatization, deregulation, fiscal austerity, free trade, the priority of the price mechanism and the system of competition, “small government,” and opposition to labor union influence as a market distortion.  All of these are policy prescriptions associated with 19th century laissez-faire economic liberalism.  So neither the word neoliberalism nor the main ideas associated with the word today are new.

What, then, is neoliberalism?  Whatever it may be, it is not a new “bad kind” of capitalism that we can contrast to a good old kind.  Rather, it appears to be a vague and shifting ideology or rhetorical strategy to extend and intensify capitalist rule.  This latter point should become clearer as we consider a benchmark case of neoliberal experimentation.

The Great Depression of the 1930s blew a hole in neoliberal credibility, but only temporarily.  The term made a comeback after September 11, 1973 and the bloody overthrow of the democratically elected President of the Republic of Chile in a CIA-backed coup.  In the first days of the coup, the plotters put an end to 4000 “private” lives.  Thousands more followed in the years to come, and an estimated 40,000 were tortured (LA Times, 12 Sept. 2013).