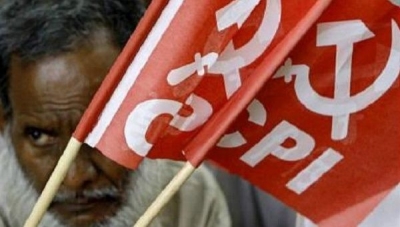 Communists from across the globe are coming together to denouce the unpopular decree by "the more adventurous and bellicose sectors of imperialism."

Global opposition to U.S. President Donald Trump's decision to declare Jerusalem the Israeli capital is accelerating, with communist parties around the globe uniting to voice their condemnation.

US and Israel 'Isolated' at UN Security Council Meeting on Jerusalem

The Communist Party of India (Marxist) has decried the move as "scuttling any possible peace negotiations between Israel and Palestine" and is calling on Modi's government to echo the sentiment: "It goes against India's longstanding commitment to the Palestinian cause."

In Cyprus, another communist party – Akel – has submitted a resolution to parliament asking for the government to formalise its opposition.

The Portuguese Communist Party also condemned the decision, noting that it cannot be separated from U.S. policy elsewhere in the Middle East – from Iran to Syria to Yemen – which it called "a framework of widespread degradation of the situation being fostered by the more adventurous and bellicose sectors of imperialism."

The Communist Party of Turkey, meanwhile, said: "It is impossible to assemble a coalition with other imperialist powers, global and regional powers to legitimize such a decision."

The Turkish communists declared "solidarity with the toiling masses of Palestine," hailing "the working classes of Israel and Palestine and the revolutionary, communist and peace-loving forces of resistance who represent them."

The Iraqi Communist Party described the United States as an "occupier," which should immediately withdraw from "all the Palestinian and Arab territories they occupied."

In an emergency meeting convened by the United Nations Security Council to debate the crisis Friday, the United States stood isolated as other members unanimously condemned Trump's unilateral decree.

Bolivian Ambassador Sacha Llorenti offered the strongest words of condemnation. Llorenti is known for his outspoken support of the Palestinian people, having debated the issue at the U.N. wearing a Keffiyah: a black-and-white scarf that has become a symbol of Palestinian resistance.

Hamas and Hezbollah Back Calls for 'New Intifada'

"While there are two parties in this conflict, they are not on a level playing field," Llorenti said. "One is an occupying power, the other is an occupied people."

Protests in various parts of occupied Palestine have met with violence by Israeli armed forces.